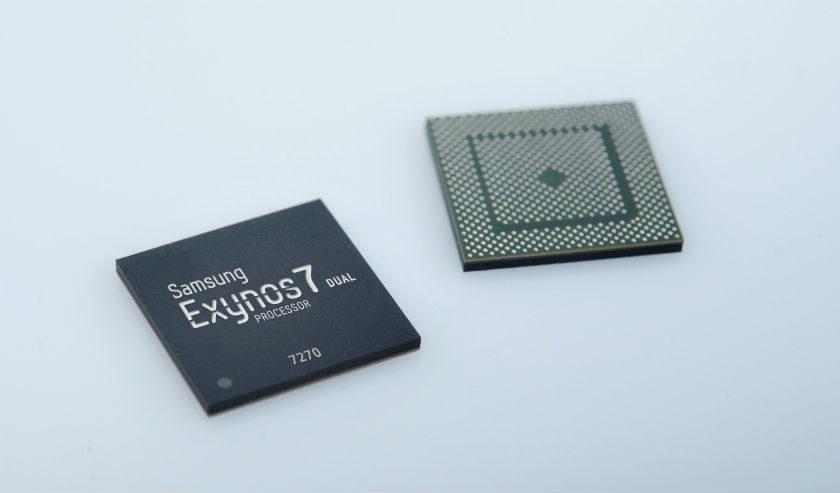 Samsung has announced that the company has begun mass production of the industry’s first 14-nanometer FinFET application processor designed specifically for the wearables market. The dual core processor is called the Exynos 7 Dual 7270, and comes packed with an integrated LTE modem for wireless connectivity.

The Exynos 7270 is constructed from two low power Cortex-A53 cores, a Category 4 LTE 2CA modem, along with integrated radio, WiFi and Bluetooth connectivity. Samsung states that building the chip at 14nm allows for a 20 percent improvement in power efficiency over an equivalent chip built on 28nm.

Samsung is building the Exynos 7270 using its elegant SiP-ePoP packaging, which allows the company to efficiently combine power management, DRAM and NAND flash memory components into a single stacked package. Not only does this save on space, with height falling by approximately 30 percent compared with its predecessor, but it’s also more power efficient. 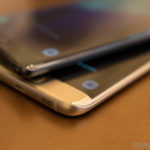 Samsung hasn’t stated when the chip is likely to appear in any products, but new low-power smartwatches and fitness bands are the likely target market. To expedite development, Samsung has released a reference development platform that contains the processor, NFC chip, and other important sensory components found in wearable devices, which is immediately available for device manufacturers and developers.