If you have downloaded the Android 7.1 Developer Preview that Google released earlier this week, you can go ahead and try out a new feature that allows user to add GIF images to the Messenger app from the standard Google Keyboard. 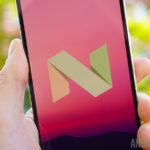 It appears that this is limited to just the Messenger app, at least for now. The Google Keyboard cannot place GIF images in other apps, including Gmail.

If you have the Android 7.1 Developer Preview installed on the Nexus 6P, the Nexus 5S or the Pixel C, you can try this out. First, go to the Messenger app and bring up the keyboard.

Then, tap on the smiley icon and you should see the new GIF option.

Tapping on the GIF option should bring up a selection of GIFs that can be inserted in the Messenger app. You can choose to tap on specific image categories, such as “Mic drop”, “Thank you” or “Sorry”. Alternatively, you can simply search for a specific GIF that you want to use in your message.

Google has already indicated that this new “image keyboard support” will be made available to developers as part of Android 7.1. That means it’s very likely we could see more apps. such as Gmail, Hangouts and others, make use of this feature. While it’s definitely not a huge addition, it will certainly make messages more fun to send in the future.

What do you think of this new GIF support for the keyboard in Android 7.1?

Читайте также:  The WhammyPhone lets you play virtual instruments by bending it