Samsung announced today that the company has begun mass production of the semiconductor industry’s first 10nm application processor. This development promises improved performance and energy efficiency for the next generation of mobile hardware. There’s no exact date for the arrival of the processor in consumer products, other than a vague time frame of early next year.

Just like the company’s existing 14nm FinFET process, the 10nm design makes use of a 3D transistor structure. Although the new smaller manufacturing process, called 10LPE, allows Samsung to save 30 percent on space and use 40 percent less power than before, all while increasing performance by up to 27 percent.

To overcome scaling limitations as Samsung moves down to ever smaller transistors, the company employs some cutting edge manufacturing techniques, including  triple-pattern lithography to allow bi-directional routing in order to retain design and routing flexibility from prior nodes.

The tech giant has not commented on the nature of the chip that it is currently building at 10nm nor any products that it may appear in, but has stated that it will appear in mobile devices that launch early next year. A report from two weeks ago suggests that this could be a high-performance 10nm Qualcomm Snapdragon 830, which would almost certainly power a range of 2017 flagship Android smartphones. However, the latest industry reports suggest that Qualcomm may be planning to use TSMC to produce its Snapdragon 830 instead.

Samsung will also likely use the process to manufacture its own top of the range 2017 Exynos processor. This chip is expected to be the Exynos 8895 and is reported to be powering Samsung’s next Galaxy S smartphone – the Galaxy S8. 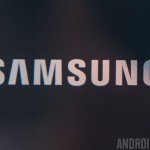 Being the first to 10nm may also help Samsung’s semiconductor division win some additional business, but luring Apple back may be tough. The smartphone rival has been looking for alternative manufacturers recently, opting for TSMC as the sole vendor for the iPhone 7’s A10 processor and reportedly excluding Samsung from the iPhone 8 already too. Of course, this relies on TSMC having its own competitive 10nm process ready in time, and TSMC is still aiming to have its own 10nm process up and running this year, before leaping straight to 7nm in 2017.

Along with the launch of its first 10nm (10LPE) application processor, Samsung is also working on its second generation process called 10LLP. This advanced 10nm design is said to offer a further boost to performance and will arrive in the second half of 2017.