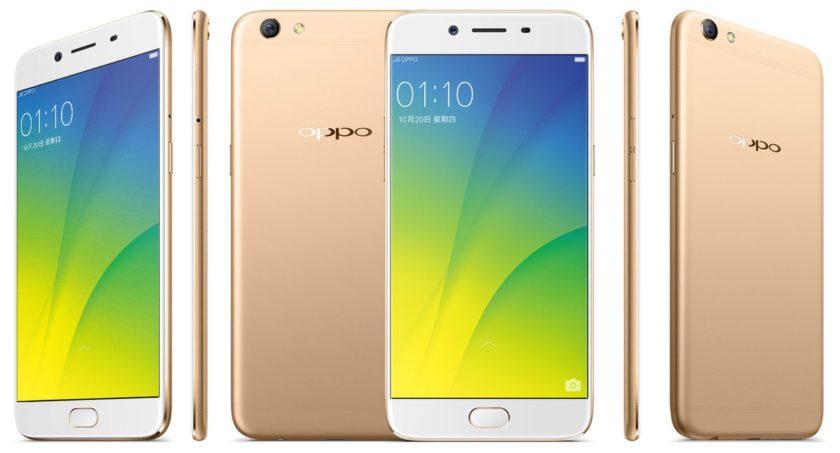 Less than a week before OPPO officially takes the wraps off the long-rumored R9s, a set of renders of the handset have surfaced online, courtesy of NowhereElse editor Steve Hemmerstoffer.

Hemmerstoffer shared what he claims to be the final design of the OPPO R9s. The renders show an R9s toting a “slot-antenna” on the back. The OPPO R9s is reportedly incorporating the so-called slit design to conceal the plastic antenna bands necessary to get the modems on the metal back working.

OPPO might have decided to choose the slit-like design in an effort to give the upcoming handset a neat and uniform feel throughout the rear panel. We’ll find out more about the OPPO R9s during its scheduled launch on October 19 in China.

Meanwhile, an early reservation page has gone live on the OPPO website, where consumers looking forward to the handset can already place a pre-order for it. However, the page lacks information for the device’s pricing.

Rumor has it that the OPPO R9s will sport a 5.5-inch 1080p Full HD display and run on Android 6.0.1 Marshmallow. Inside, the handset is rumored to include 4 GB of RAM, 64 GB of internal storage and the 14nm Snapdragon 625 SoC. The OPPO R9s is also said to pack the company’s proprietary Super VOOC rapid charger. It will reportedly be powered by a decent 3,010 mAh battery.

On the optics side, OPPO is reportedly squeezing a Sony IMX398 sensor into the phone’s 16 MP camera. Rumors claim the rear shooter will use a dual pixel technology, whose impressive performance we’ve already witnessed in the Samsung Galaxy S7 flagship. The camera’s impressive f/1.7 aperture make capturing photos in low-light environments a lot easier too.

What do you think of the renders shown above? Let us know by leaving a comment!

Новости
WhatsApp under fire for sharing user data with Facebook
0